In the world of front-end development, React has emerged as one of the biggest libraries used by developers and businesses in the past few years. According to Statista, React front-end development is the second most-used framework in 2022, and is increasingly provings its hard-to-replace position. This article will give you 7 compelling reasons to figure out why you should choose this framework for your next project in 2023.

A brief introduction to React

Let’s start with the basics and understand what React front-end development is. React JS, simply referred to as just React, is a declarative, efficient, and flexible JavaScript library. Software engineers use it to build user interfaces. Facebook developed this framework to create enormous, complex, and dynamic data-driven web applications and interfaces with just a single page.

The main concept of React is virtual DOM (Document Object Model). It is a tree based on JavaScript components created with React that mimics a DOM tree. It does the least amount of DOM manipulation possible to keep your React components up to date.

No more waiting, let’s straight to the point by looking at: what makes React a developer- and business-friendly option:

One of the major reasons to use React for web development is the library’s ultimately optimized development interface and coding language. Thus, lightweight its API is reinforced with fast performance capacities to achieve a hassle-free, rapid development workflow. React components and concepts are really simple to figure out so there is not much learning curve here.

As opposed to other popular frameworks, like Vue or Angular, there is no barrage of extra HTML attributes. In the long run, by putting JSX into JavaScript, React grants a much cleaner, better readable, more comprehensive code.

Using React for web development may be extremely convenient because it is one of those cases where you get the hang of a single technology to easily reuse across a range of platforms. And all due to being a library by nature, with the primary purpose of creating separate web design elements and components.

On top of that, there is a significant contribution by the extensive, long-established community. React’s current ecosystem is so vast that it enables developers to create desktop solutions and mobile applications, generate static websites, handle server rendering, and integrate advanced tech concepts (like VR or 3D view) with web solutions – all by similar, simple React front-end development guidelines and philosophies.

React is component-based. It means developers can build small components that separate dedicated internal logic and rendering principles. And this is exactly why you can reuse components easily. Once you’ve created its web application element, you get a unique object that can add to any other compatible project. This grants outstanding scaling opportunities helps to achieve much better React web app consistency and makes further support.

As mentioned before, React’s main concept is virtual DOM. By virtualizing and keeping DOM in memory, it provides outstandingly fast rendering capacities. All view changes will readily reflect in the virtual DOM. The specialized diff algorithm juxtaposes former and existing virtual DOM states, calculating the most efficient way to apply new changes without requiring too many updates. A minimum number of updates is then introduced to achieve the fastest read/write time. which results in an overall performance boost.

With React, you may utilize the declarative HTML syntax directly in JavaScript code. To show the user interface, browsers decode HTML texts. They do it by building DOM trees, which can then be manipulated using JavaScript to create interactive UI.

Manipulation of DOMs by manifolds is more efficient using JSX. Developers may build tidy, maintainable code by passing HTML and React components into the browser’s tree structures. React apps are faster and more efficient thanks to JSX and the Virtual DOM. Other frameworks and libraries can also be utilized with JSX.

6. The power of React Native

In addition to developing websites, you can also use React to create mobile UI components with React Native. React Native comes in as a true game-changer that opens up for you native and hybrid mobile app development for iOS and Android.

Building a one-size-fits-all app can obviously be cheaper while you can also go hybrid for more custom results, using a single codebase for somewhat different solutions created for separate operating environments.

React can be beneficial to SEO because it can enable developers to create search-friendly sites that are dynamic and interactive. This framework allows you to build single-page applications that are SEO-friendly by using server-side rendering. This means many of the page’s elements are rendered on the server before its contents are sent to the user’s browser. This allows search engines such as Google to process React pages quickly and easily.

The best types of projects to use React

There are thousands of front-end web development projects that can use React to build. Here are just a few ideas of some best use cases:

React was originally created to work for Facebook, which makes it ideal for building new social networking apps. These types of apps typically feature an ever-evolving advanced feature list with a sophisticated user interface. By building out apps with the most common feature sets at first, devs then have the ability to experiment with combinations of said features to allow end-users to build unique accounts they want to use.

Apps such as WhatsApp, Telegram, and Facebook Messenger are part of everyday life for most people now. Using React to build such types of apps helps devs not only monetize their skills but also build helpful communication tools. React is an ideal choice for messaging apps as its inherent abilities mixed with useful WebSockets help build real-time instant messaging with a sleek UI.

E-commerce or retail apps consist of various APIs, elements, complex filters, and other functionality that requires a high amount of independence between components. React.js helps developers implement all of these features thanks to its inherent ability to build separate components that offer easy scalability. React’s component reusability is also a big plus for building such types of applications.

Dashboards are vital components for the visualization of data in a format that is both easy and understandable to the end user. React offers dedicated features for building dashboard apps to pair with machine learning and business intelligence projects, such as Isomorphic JavaScript, component reusability, and Virtual DOM.

In sum, React is strongly improving its popularity in front-end development and becoming developers’ choice in not only 2023 but also many years following, due to it’s easy to use and has many great features for building mobile UI components and mobile web apps.

Thanks to this wonderful framework, companies can engage in a faster iteration of business projects and make updates to their apps and websites more quickly, which is leading to a higher number of outsourcing web development services. If you are looking for an IT partner to help you build your own unique front-end web apps, let’s get in touch with BHSoft. Our

Contact us via email [email protected] for more information. 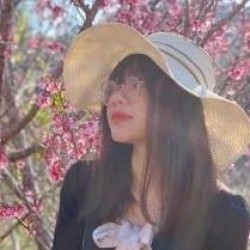 We are now listed as Cesium Certified Developer